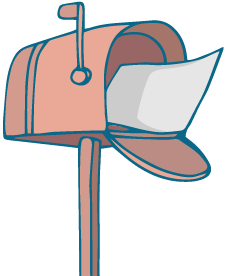 Write a letter to your

When a person dies without leaving a will, he is said to have died intestate. Property left behind by a deceased (known as the estate) is usually dealt with by the personal representative of the deceased. If you do not have a will, the law decides how your assets are distributed, even if the consequences may seem unfair and undesirable. Having a will gives you the comfort of knowing that the rewards of your life's work will be distributed and managed according to your wishes, such as giving a portion to the charity of your choice. Sometimes, even if a person has a will, the will may not be properly drafted and certain assets are left out of the will. These assets will also fall into intestacy.

After all the owed taxes and debts are paid, the assets are distributed in the following order.

* Spouse refers to husband or wife.
* Issue means a child (legitimate or legally adopted) and the descendants of a deceased’s child. Illegitimate children and transferred children are NOT entitled under the Intestacy Rules.

Administrators and Letters of administration

Administrators are appointed when the deceased dies without leaving behind a will. (Executors only come into play where the deceased left behind a valid will before his death.)

The process for appointing an administrator or administrators is known as Grant of Letters of Administration. These letters of administration serve as a court order authorising a person to be appointed as the administrator to administer the estate and distribute the assets in accordance with Singapore’s laws.

The court is empowered to appoint whoever it thinks ought to be granted the letters of administration. Such a grant can be made to any member of the classes of beneficiaries under the Intestate Succession Act. The Act sets out seven classes of persons who, in descending order of priority, are entitled to apply for a grant. They are:

At least two administrators (or a trust corporation) must be appointed if one or more beneficiaries of the estate are below 21.

Bankrupts and infants cannot be appointed as administrators. Where a person entitled to a grant is an infant such a grant will be made to his guardian, or if he had attained the age of 16 years to any next of kin that the infant may nominate.

Some considerations if you do not have a will

Distribution of estate of a Muslim

If the person who died was a Muslim, the estate will be distributed in line with Section 112 of the Administration of Muslim Law Act according to the school of the Muslim law the person observed. The Certificate of Inheritance issued by Syariah Court will list down the beneficiaries and their share of the inheritance.

The best inheritance a father can leave his children is a good example.

Sharing experiences, stories and lessons about life-planning and beyond

Disclaimer The complete Timeliss Guide is provided as a free resource for signed-in users of Timeliss.com. All information provided is known to be correct at the time of publication. Timeliss, our partners and contributors are not responsible for how the information is used. All content is provided for personal use only. Reproduction of content requires the expressed permission of Timeliss.com and the respective contributors.