Recently, the Ministry of Human Resources and Social Security said that it is studying specific reform plans for delaying retirement. The "14th Five-Year" plan proposes to gradually extend the statutory retirement age. You Jun, Vice Minister of Human Resources and Social Security, said that China's current statutory retirement age of 60 years old for male workers, 55 years old for female cadres and 50 years old for female workers was determined in the early days of the founding of new China according to the average life expectancy, working conditions, employment methods and other factors at that time. Now great changes have taken place in China's economy and society, and the problem of low retirement age is very prominent.

There are three retirement ages in China: 60 for male workers, 55 for female cadres and 50 for female workers. Management and technical posts are cadres, and grass-roots posts are workers. Once delayed retirement is implemented, the retirement age may be gradually delayed. The result is that more money will be paid, but the time to receive the money is reduced. At present, the average life expectancy of Chinese people is 77 years old. If they start to receive pension at the age of 65, they will only have 12 years to receive pensions on average. That's why whenever there's news of delayed retirement, there's always a burst of discontentment. With an aging population in China, there are fewer young people who contribute to pension, and pension funds are facing huge deficit pressure. Moreover, according to the dual track pension system, the pension received by civil servants is about 90% of the pre-retirement salary, while the enterprise retirees account for about 20%.

Meanwhile, on February 26, You Jun, Vice Minister of Human Resources and Social Security, said at the press conference of the State Council Information Office that the third-tier system of endowment insurance has formed a preliminary idea. It indicates an establishment of an individual pension system based on the account system, with individual voluntary participation, tax support from the state finance, and market-oriented investment and operation of funds. The advantage of the personal pension system is that it can enjoy tax incentives. It is likely that the money deposited in the personal pension account in the future can also be exempted from individual income tax, and the individual income tax will be deducted after the wage is reduced. When it is time to withdraw during retirement, it will be taxed according to individual income. (Some people in the industry speculate that the pension account will learn from the international common practice and be used as a state supported commercial insurance account of EET type. E stands for tax exemption, T stands for tax collection, EET means tax exemption at the time of payment and investment, and tax payment at the time of final withdrawal.)

Let's take the United States as an example. In 1974, the U.S. Congress passed the retirement security act and amended the internal taxation law, which stipulates that all pension fund accounts are exempted from tax. In order words, the operating income when the capital investment of individual retirement accounts increases in value is exempted from tax. At the same time, in order to solve the problem of individual income tax declaration in the current year, the implementation of individual retirement account plan, or IRA, gives them the tax preference of "delayed tax payment". That is, in the year of saving money, it is not recorded in personal income, but when withdrawing money from the account after retirement, the individual needs to pay the personal income tax in the year of withdrawing money. The plan is for all taxpayers under the age of 70.5, especially for low to middle income groups and for the self-employed. In terms of system design, the traditional IRA implemented in the early stage adopts a tax deferral method. Individuals can inject a certain amount of pre-tax income into the account, and the funds in the account and the investment income can be deferred for taxation. Only when an individual reaches the age prescribed by law can he receive funds from the account and pay personal income tax according to the tax rate at that time. However, participants are allowed to borrow money from the IRA Account when facing emergency needs such as illness, house purchase and education.

It's difficult to sustain the support of children for old age. For individuals, preparation in advance is the guarantee. Of course, it's better to consider how to plan your retirement funds and investment in advance than to worry about whether there will be empty personal accounts and depletion of basic endowment insurance funds.

A strong genuine interest in financial markets & economic trends, with experience in diverse and multi-industry investments. Estate planning is also about being prudent in estate creation and preservation.

Start planning in seconds, and finished in days 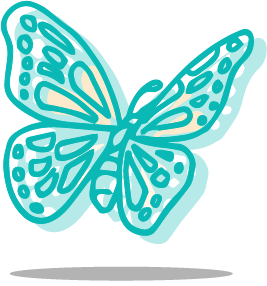 Musings of life, death, and everything in between

ATLAS by Timeliss is a magazine collecting stories and information on life, legacy and planning. If you have story we would love to hear from you.